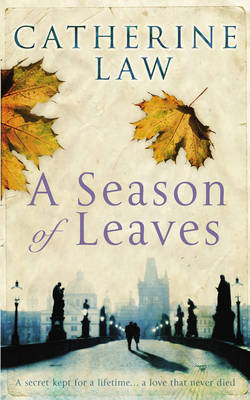 A Season of Leaves

For over forty years Rose Pepper has kept her own counsel about the story of her past - especially her wartime past - wanting the truth to stay hidden from her two daughters. But the discovery of some letters, still unopened after forty years, threatens to betray all her secrets.
Her story really begins in Cornwall during the war, where she has been evacuated to work as a landgirl. Here, against the most impossibly romantic landscape, she falls in love with a young Czech solder, stationed at the local US army base - both of them trying to forget that Rose is already engaged to a man who is a friend of her family. This man, cold, controlling and vengeful, will not let her go, but eventually, in the chaotic aftermath of the war, Rose and her lover flee to Prague, where their troubles really begin in earnest, for the Communists are taking over and it is every man and woman for themselves in a city riddled with informers.