Antonio S and the Mystery of Theodore Guzman 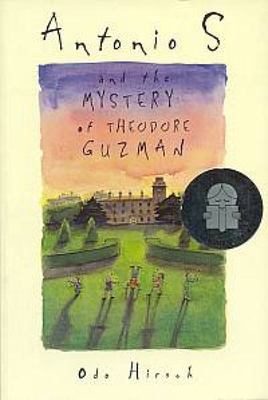 Antonio S and the Mystery of Theodore Guzman

Winner, Patricia Wrightson Prize for children's literature, New South Wales Premier's Awards 1999 Honour Book, Book of the Year Younger Readers, Children's Book Council Book of the Year Awards 1998 Shortlisted, National Children's Literature Award, Festival Awards for Literature 1998 Antonio S is a boy who knows all sorts of things. Scarrabo the Magnificent is a magician. Professor Kettering is a doctor. They live together at the top of a grand old house built long ago for a duke. But who is Theodore Guzman, the secretive old man who lives downstairs? What mysterious things does he know? It takes someone like Antonio S to find out. In his first book for children, Odo Hirsch has written a wonderfully warm and eccentric story about a boy who explores a secret passage that leads to the very heart of the house where the magical world of Theodore Guzman comes to life.

Odo Hirsch grew up in Melbourne and now lives in London. He is a doctor and a writer of adult fiction. This is his first book for children.